Introduction to Easter Island and its Tapati Festival

Inhabitants: 4000 (half of them are Chilean who came here due to the flourishing tourism)
Capital: Hanga Roa
Languages: Spanish (official), Pascuan (polynesian dialect) and French
Money: Chilean Pesos

Easter Island is the most isolated inhabited island in the world. Called “Rapa Nui” by the local population and “Isla de Pascua” by Chileans, the island’s name comes from its discovery by Dutch explorers on Easter Sunday in 1722. At 3,540km (2,200 miles) west of continental Chile, and 2,075km (1,290 miles) east of the closest body of land, Pitcairn Island, it is difficult to fathom the remoteness of this island, which is no larger than the District of Columbia. A visit to this ethereal land will exceed every expectation you’ve held — and then some. The island is a veritable living museum that will fascinate and enrapture you, and make you wish you’d planned a few more days to soak up the indelible magic that makes this one of Chile’s most special destinations.

Of course, the island’s famous moai sculptures that stand like mute sentinels are the first thing that you’ll think of when you picture Easter Island, but really there is so much more here: 20,000 archaeological sites, a rich culture of truly beautiful people, dramatic views of volcanic craters, scuba diving in crystalline waters, white-sand beaches, and that unmistakable hang-loose island vibe that makes you want to throw your agenda away after day one.

The Rapa Nui are Polynesian descendents who, according to the most recent studies, arrived at the island some time around the 8th century. Legend has it that it was King Hotu Matu’a who first arrived here on a double-hulled canoe with his extended family; researchers believe they most likely came from the Marquesas, Cook, or Pitcairn islands. The population flourished and created a society characterized by a written language and megalithic art, including moais and petroglyphs. But it all went horribly wrong when the Rapa Nui deforested the island and population exploded, bringing about war and starvation. The first Europeans here found a culture in decline. Many were carted off to work on the guano islands in Peru in the 19th century or died in epidemics. Catholic missionaries came next and destroyed much of their cultural art, including their Rongo-Rongo written tablets; and experts have been unable to decipher the few that remain. Nevertheless, the Rapa Nui are experiencing a cultural renaissance, and they take great pride in their culture and native language, which they habitually speak among themselves, in addition to Spanish.

The climate here is marine subtropical, with temperatures between 60°F (16°C) during the winter (July-Aug), and 82°F (28°C) during the summer (Jan-Feb). The island has a persistent breeze that can make it feel cooler, especially if it’s raining, so bring a sweater or light jacket. Downpours can occur at any time, but generally May is considered the wettest month. High season is December through March. It is recommended that you spend at least 4 days here given the travel distance and the wealth of things to see and do. 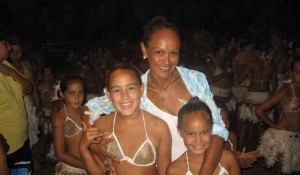 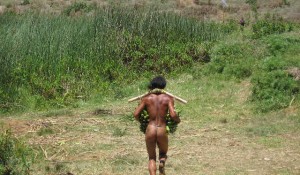 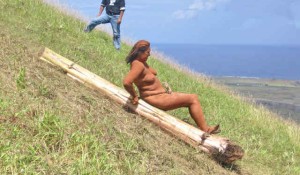 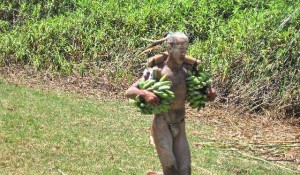 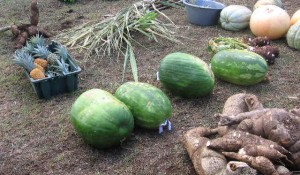 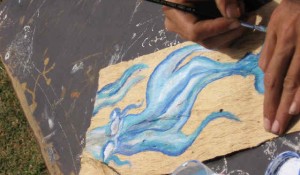 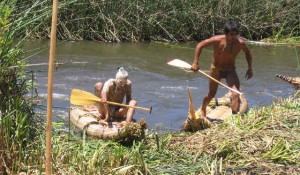 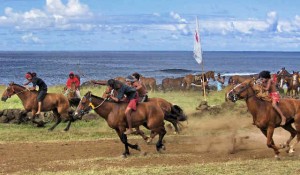 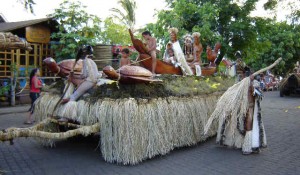 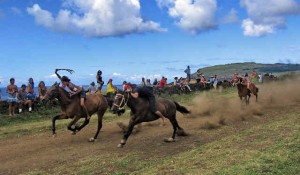 Since 1975, the Tapati festival unifies all the islanders around the Rapa Nui culture.

For two weeks (at beginning of February), people from everywhere around the world can also watch all the cultural events : dances, songs, music, wood and stone carving, Mahute (barkcloth) crafts creations, Tatoo, Takona (body painting), Kai Kai (string figures), Umu (food cooking) and traditional sports like : Haka pei (sliding down a steep hillside on the trunk of a banana tree), the Tau’a (triathalon-style race : swimming, paddling across the lake at Rano Raraku volcano, and a race around the lakew with 30 kgs of bananas on the shoulders).
The two queens in competition amass points from the win competitors. The crown of the Tapati Queen closes the festival.
It’s really incredible to share in a traditional culture, still alive, in one of the most fabulous places in the world.